Well I was buggered if i was going to miss this one, especially as I managed to get a leave pass for the weekend! Up I got at 6.30am for a bath and to finish off the old packing which needed re-evaluating when I discovered that the universal front rack wouldn’t go on the vespa! Yes a vespa, I’ll get to that in a moment.

Anyway, up and at them I was all ready to go meet Mark and Simon in Ampthill for the off at 8.30. Once the vespa was packed, off I went in search for a petrol station to top up the half full tank the needle was telling me about.

Now, why was I on a vespa, well, technically it’s not mine, it belongs to ‘er indoors but I needed to make use of it for the weekend as the proper scooter, i.e. the Lambretta, is in a hundred and one bits in the shed. Well, more accurately, the engine is, but that’s another story.

So, off to Ampthill with the T5 sitting quite comfortably at 55 – 60mph most of the way, and as I pull into the outskirts of Ampthill I spot both the lads topping up their scooters at the petrol station. Pull in, jump off, chat, back to Marks for a cuppa to start the day and once we’d done that and he’d said goodbye to the wife and kids we were heading for King’s Lynn.

Now everything’s going fine until we hit Stotfold village and we get stuck behind a lorry, ok, no big deal but the fact remains that at 9am on a Saturday morning, following a lorry full to the brim of stinking onions is not my idea of fun! Still we soon managed to lose him and continue our journey which brought us to the A1 and then across to……… actually I’m not sure because I had pretty much no idea how to get there, I just followed Mark who knew the way.

The trip there was uneventful, other than a quick pit stop at Simon’s parents and the large amount of bikers on the roads, the good weather really gets them out, Harleys and Power Rangers alike. So as we draw close to King’s Lynn with our tanks in various states of emptiness we pull into a petrol station and while getting sorted a guy pulls up on a nice series 3 black Lammy. Class. Made me miss mine.

Anyway, after getting some local direction from him about where the site was off we went toward the village of Clenchwarton. I know, sounds rude doesn’t it? I have to say we nearly missed the turning and if you didn’t know where it was you would miss it. I guess the scooter at the gate should have been a give away but I admit I assumed that the bloke had got off for a pee in the bushes. So a hasty turn in the road and in we went.

Fiver on the gate and two quid for a patch and we can pitch up anywhere in the field, which only took us about 20 minutes to get the 3 tents up and it was only 11.30! there were others already there but only about 5 or 6 tents, tops. It transpired that many more turn up by about 4pm as there will be people working a Saturday and then coming after work.

So, what to do? Well we pitched all three tents taking all of 20 minutes and then off to the local shop and off licence figuring that it’ll be cheaper to buy a dozen tinnies than buying pints at the bar, which as far as we could see hadn’t arrived.

The next couple of hours we spent lounging and drinking and watching other scooterists arrive. Now as the field was filling up and others had pitched their tents, people started getting on their scooters and heading to the top of the field for some reason. Fine we thought and then next time we looked they had gone!
As we were trying to figure out how they had gotten out of the field without coming past we watched one of the girls from the Peterborough Lambretta and Vespa Club scoot up to the top and apparantly dissappear through the hedgerow.

There was only a gap at the top of the field wasn’t there!! Well that was it, up we got and went exploring only to find another field with a clubhouse, bar, burger van and a stall selling clothing!

Much of the rest of the day was spent catching up with mates, making new ones listening to the bands Burkenhead in the afternoon and The Lister Shailes in the evening. Both were cracking!! Oh and of course we partook of the refreshments provided and a credit to the bar, prices were more than reasonable throughout, so none of that charging a fortune for a pint rubbish. I won’t mention the fact that Simon dancing frantically on the dance floor after eating a couple of burgers and more than a couple of pints are not a good mix!

The music and beer stopped flowing at about midnight so it was time to turn in for the night and get a good nights sleep……..except of course its the beginning of summer and the bleeding suns up at about 4am! Mark wasn’t a happy bunny when the yard next door woke him (and apparantly quite a few others) at 4 when they had a delivery of scaffolding!! Somehow I managed to sleep through it though until 6 and then dozed until 7am when pretty much the whole site was awake anyway.

Up and at them, let the flysheets dry off in the sun, nip up to the burger van for 3 coffees and 3 Red Bulls, none of us could quite face the breakfast burger at that time!

So, seeing as we had all got our weekend passes we decided to head for Hunstanton which wasnt too far at all, get a slap up fry, mmmmm, and then get those that we had left at home some rock!

After we’d managed to spend an hour or so at the beach the remainder of the day was a pleasant bimble home (other than a couple of idiot motorists) via a quick break at a Little Chef for more caffeine and coke. Simon left us at the Black Cat roundabout to continue down the A1 home to Stevenage while Mark and I carried on to Bedford where I left him to carry on home to Ampthill.

So, a top weekend and a big thanks to the Blues & Gold SC for a great do! 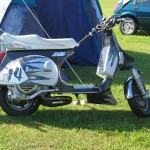 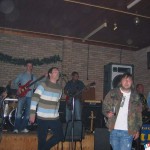 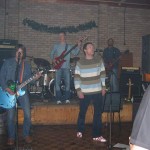 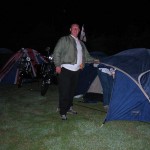 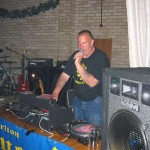 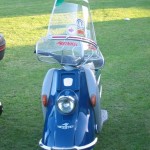 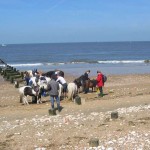 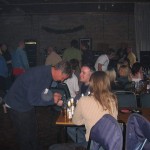 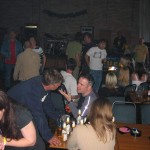 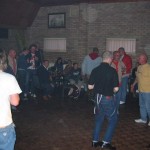 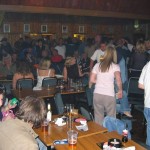 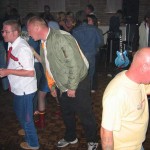 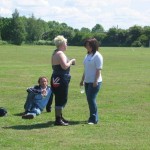 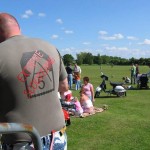 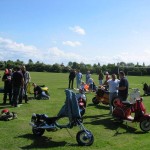 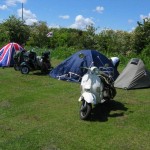 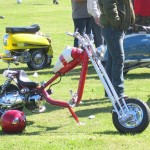 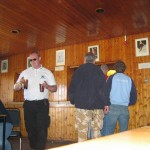 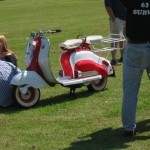 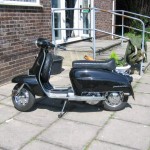 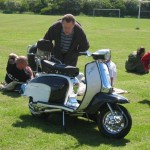 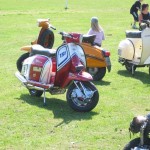 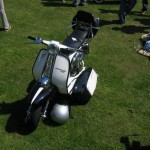 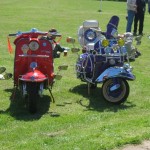 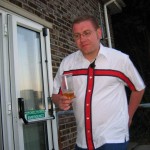 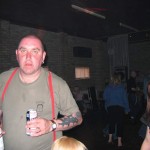 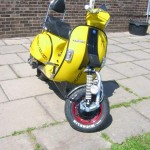 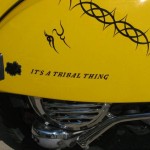 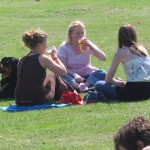 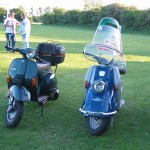