Considering I had ridden home at 4am from the First Pilgrimage, I think i did pretty well to meet up with everyone on the Sunday morning for the usual meeting and rideout to Gravenhurst.

Got to the Piazza where there were only a few there already and I was beginning to think that this was it due to the “morning after the night before” scenario, however, it wasn’t long until there were somewhere in the region of 20-25 scooters.

It was also unusual this morning because I didn’t have to pull my usual trick of removing panels and doing a mini-rebuild on the square!

Anyway as 12.30 approached we donned our scoots and off we went, albeit haphazardly until we caught up with everyone at the roundabout before crossing into Shortstown to continue on our way to Gravenhurst.

So we’re bombing along in a group and as we come out of Deadman’s Cross I manage to get to the front, the road opens up into that lovely wide piece of carraigeway and suddenly, the other shoe drops. Yep, blinking heat seize, or as Tom put it, a fag break.

Off with the panels to let some air at her and let her cool, pop in a spot of extra oil, (I had recently changed down to 33:1 but now I’m staying at 25:1 after that). You could see the smoke coming off the cylinder head cowl! Still I was lucky that I realised what it was as it happened and pulled in the clutch, all I could do now was wait and hope that the beast would fire into life.

Thankfully, it did and we were off again in need of beer!

After weaving through the village of Campton, we came across Upper Gravenhurst and the George & Dragon on the right, a lovely pub with good food, beer and ample parking for the scooters.

We simply whiled away the afternoon eating and drinking and chatting about the night before and the Isle of Wight among other topics. Of course someone let Squirrel know that it was my birthday so they got a couple of pints of water and soaked me, buggers. Still it was quite cooling on such a hot day.

Apparantly when Squirrel asked the landlady for the water and told her what it was for her response was “Certainly, still or sparkling?”

It wasn’t long before it was hometime (and I was dry) so we mainly went via the A6 and I’m glad to say that the scooter didn’t play up at all, thank god. 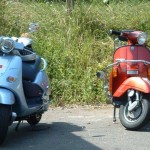 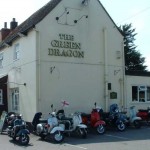 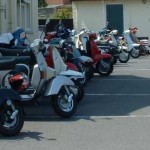 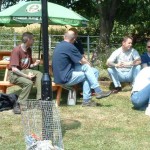 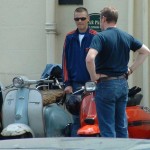 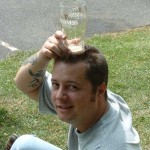 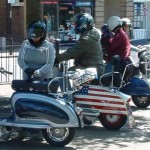 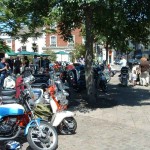 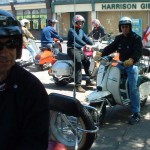 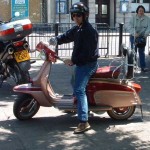