A fairly promising morning it was, as I set out for the A1 garage where myself, Eddie, Woody and Nicky had agreed to meet up. I had seen Woody and Nicky only the day before where Nicky needed convincing to go as she was feeling a bit crap. However, we soon persuaded her that if she’s feeling under the weather, better to be at the rally than sat at home alone missing it and probably regretting not going! It didn’t take a lot of persuading.

So, we met up on the A1 and after a quick fuel stop and coffee we headed north toward Peterborough stopping at a MacDonalds to top up our stomachs on the way. I was on my T5 that I’d recently passed my test on and was pleased at how comfortable it was compared to my (currently knackered) Lambretta.

After breakfast we headed east, once Woody figured out where to turn rather than getting us lost!

We were flying along and for some reason my T5 was really pulling well, at a few points I noticed we were up to 70mph when it normally wouldn’t do more than 65. Doing 70mph on a standard T5? With 16 stone of Donegal and luggage on board, I was chuffer than a chuffed thing on Saint Chuff day! Mind you, I did notice that it sounded louder, but I was probably convincing myself of this.
Still, onwards and upwards as they say. We carried on past the turning for the Pilgrims Hospital in Boston and then had another petrol stop. The only real downside of the whole trip really had been the side winds we had been experiencing sonce the A1, but at least it hadn’t rained.

It wasn’t too much longer until we were on the outskirts of Skegness but had little idea of where the campsite was so we wandered round in and out of the town looking for it, eventually finding it near the Fire Station.

It wasn’t difficult to get a decent pitch as at this time of day it was relatively quiet and we got a good spot, not too far from the toilet and shower block, and convenient to the burger van that was already set up.

Then it was time to go on a hunt for some entertainment and suss out Skegness. Priority one was to find shopping facilities for drink and food rather than paying the burger van for every meal so off we went into town. While there we also found the music venue and parts fair.

We decided to have a few beers farther into skeggy, went back to site, got ready to go out to the first nights music. The live bands (DC Fontana and The League of Mentalmen) were good but I went home early after getting pissed as well as pissed off by some bloke forcing his kid onto the dance floor. Irrational I know but fucked me right off and I went home before getting too wound up, saying something to him and coming off worse!

It wasn’t long anyway before the others were back with kebabs but the chances of getting any decent sleep were pretty much scuppered as we had unwittingly become the neighbours of the Burton brewers!! These guys certainly don’t hold back from having a good time!!

The next day we got up slightly the worse for wear and off we went to macs for brekky. We weren’t the only ones either as there were quite a few scooterists with the same thoughts. I had a quick wash and sort out in the disabled toilet considering the unbelievable state of the toilets / showers on the site, if no one caught typhoid that weekend it would be a bleedin’ miracle!

We had a great old day going round the parts fair, custom show and Skegness itself looking at scooters. Of course we had to have some refreshments on the day and were pleased to have found Mojo and Quincy that led us to Fat Louis pub where you could get a pint of Worthington’s or Carlsberg for £1.50!!

However we didn’t stay there the whole day or anything, what do you think we are? We only stayed a few hours and had heard that there was a Jam tribute band on in the Park, of course we had to find it first! Eventually we did and settled down at the pub in the park to listen to some top tunes!

Later after we’d been back to the site we were out to see some more bands and they were excellent! The Cool Jerks were first with Spunge following and then DJing into the night! Really good night followed by the long walk back to the site.
Sunday came and went in a bit of an alcoholic haze, many though were leaving the campsite to get home for the following weeks work, so this was to be a lazy day of wandering into the parts fair again, eating and enjoying ourselves by checking out some of the touristy hotspots of Skegness, not that there are many. And by the time we’d done that it was time to head back again to the site and get ready for one last evening of fun!

The bands on the last evening were White Riot and the Mistakes, have to admit I don’t remember a lot about it but I enjoyed myself and that’s what counts!

We all staggered back to base via a kebab house with no kebabs, so Chinese it was!
Unfortunately when we arrived back at the site (which was practically empty) we found that a group of about 15 had suddenly arrived on site with a caravan. With all the space of the site to choose from where did they set up? Yep, right beside us. Not only that but they had music blaring out of a shagged Sierra, and a campfire about ten feet from my bleeding tent! Turns out they’d arrived earlier according to those that had the food van for the weekend where we sat effing and blinding eating our Chinese and deciding what to do! Those manning the burger van said that they were right troublemakers and were quite happy bitching about them. At one point we considered packing up and leaving but eventually I just went over and had a chat with them asking them to turn down the music and try to let us get some kip. Bloody Irish gypsies!

I managed to get a couple of hours kip, god only knows how, but I think Woody probably got a lot less from what he said when we got up at 6am to pack up. Not only that but it turns out that when the burger van had finally closed for the night, those that had been bitching about them went over and sat half the night with them enjoying themselves, hypocritical c*nts!

Anyway, we packed up at 6am and left the last 7 cans of carling on their still smouldering fire, listening to the cans go pop as we left the site with some sense of satisfaction looking forward to what was a great trip home! 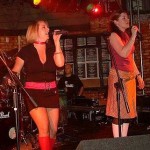 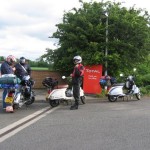 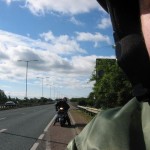 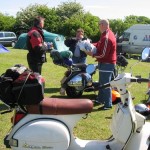 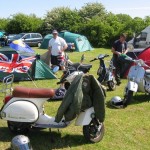 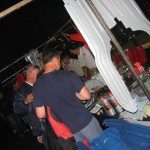 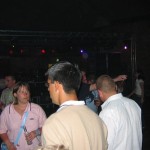 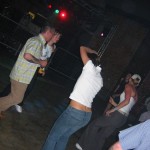 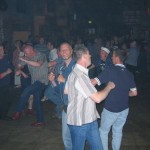 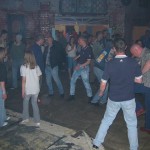 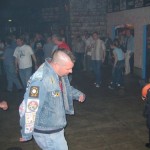 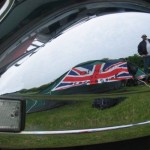 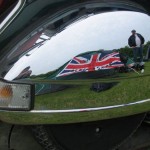 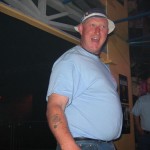 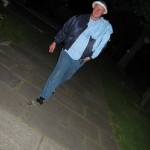