Not that there’s a lot that I remember about the do but here goes.

Stu, B and me got there quite early as we knew that the hall may need setting up as it did last year. It really had nothing to do with wanting to get to the bar first, honest guvnor! We got straight to setting up the tables and chairs while Stu got the drinks in.

As we were setting up and making our mark in the bar area a gaggle of old biddy’s looking to play bingo or something arrived and realised that tonight’s do in the main hall might not be their scene, so off they went to the other members hall.

Lucky for them that Pete hadn’t arrived yet or he’d definitely have tried pulling them!

So, once the beer was a flowing, we soon got into the swing of sorting the hall ready for the do and Woody, Nicky and Eddy arriving mid flow. Of course as soon as we had finished all the donkey work and were knackered Big Rob arrived with Pam and food. I’m sure that they saw us through the window and waited until we finished :

Anyway, another drink (or two) and then we helped sort out the food etc as Bill and Co. arrived and started sorting out the decks etc. There was no way I was offering to help with that knowing I would probably break something!

Now about here, things get hazy, mainly due to the fact the beer was beginning to flow quite well and more and more people were arriving. Suffice to say that what followed was a night of fun, frolics and great tunes, all the better for B, Rachel, Nicky and Pam acting as bouncers at the door!

One more thing, a big congrat’s goes to Woody for winning the Best Supporting Member Trophy and a huge thanks to Steve and his company for sponsoring it!

Here’s all the pictures taken by Stu, Christ only knows how on earth any of these turned out as, like the rest of us, he was pissed as a newt when he took them! Must have an inbuilt gyroscope or summat! 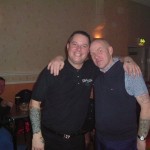 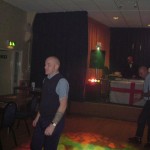 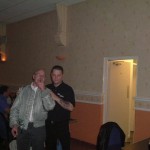 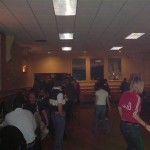 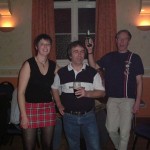 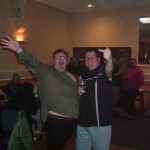 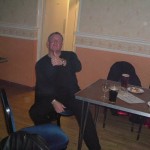 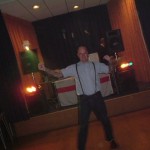 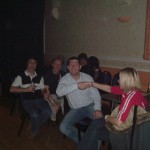 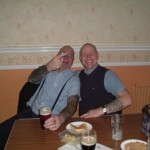 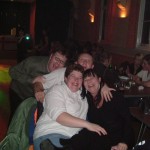 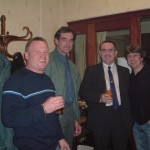 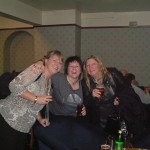 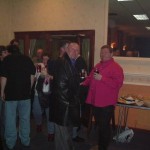 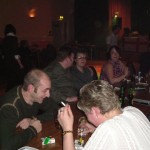 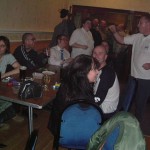 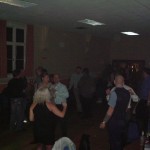 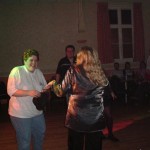 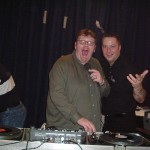 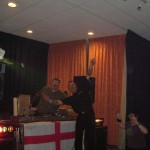 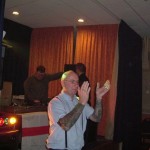 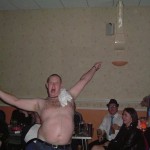 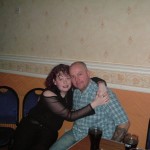 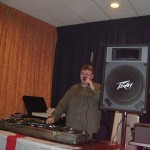 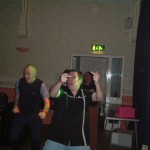 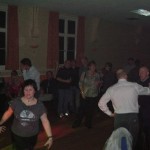 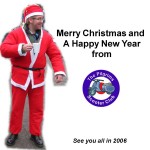