Well, it was to be a strange old day and while it was a great ride out, it was also one of the worst for a while in terms of breakdowns.

For starters poor Greg didn’t even make it off the Piazza and after trying very hard to get him going for nearly half an hour, we ended up having to admit defeat and leave him behind. It’s never nice to leave someone knowing they have little chance of making progress short of a recovery truck.

At this point we were getting late for meeting up with the lads and lasses of the NVLSC so we made tracks for Turvey, however, just past Biddenham and bypassing Bromham, Rachel’s exhaust decided it wanted to part company with the rest of her scooter! Thankfully a quick gasket change and the replacing / bodging of the exhaust stud (the one that had never been replaced from last time ) all by Paul of Sandy Scooters ( Sunday rates?) and we were on our way! We were soon at Turvey but were a bit flummoxed when we could see only one scooter outside the pub, though going past a junction earlier on the right, some of us had spotted scooters parked up. Wrong pub wasn’t it, we needed The Three Cranes, not the Three Fyshes, a mistake that was easily rectified.

We decided to forego a drink and decided we would make a move on to Olney once everyone was finished their drinks as there was the possibility of other scooterists waiting at Olney wondering where we were. It was certainly a good turn out, including some scooterists down from Daventry.

The run to Olney was a little quicker for some than others, and this was all down to if you’d managed to get past Dennis.

Once at Olney it was a simple matter of parking up in the square and getting a drink. As it happens this was the same venue as the rideout we did at the One for the Roade Rally last year organised by the NVLSC / Tin Soldiers / Rogue Unit. Unfortunately The Bull’s landlordship had changed and they were I guess rightly, worried about us having a drink in the market and the possible consequences they may suffer should the Parish Counci be made aware The rebel in me did think bugger it, but you don’t bite the hand that feeds you at the end of the day. Parish Councils eh? Far too much power if you ask me!
Quincy and some of the others had already sussed that The Bull had no telly so they went off to find a pub that did so they could watch the Spurs game. It was about now we realised that SX Paul wasn’t present, turns out that someone had seen his scooter blowing a heck of a lot of smoke, probably an oil seal, and that he’d about faced and gone home rather than risk it.

And that was it, the rest of the day was spent chatting with Justin, Emma, Sprog, Dean and his Bird, Rachel, Pete, and several of the Northampton lads. Turns out there’s a Cannonball Run coming up soon, so that sounds like a day’s craic!! Not that I’m competitive! 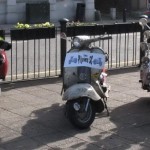 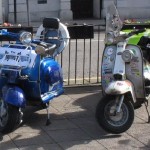 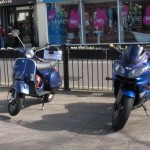 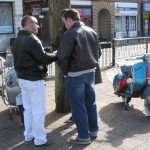 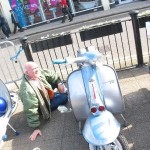 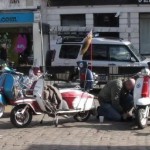 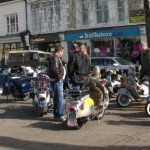 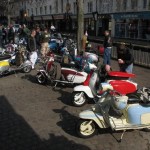 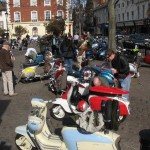 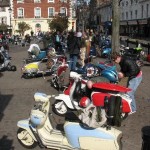 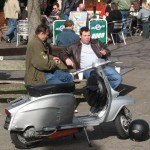 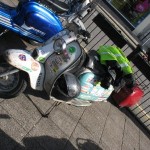 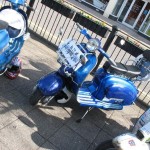 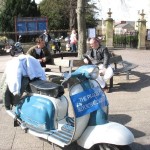 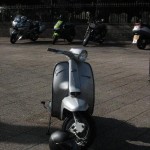 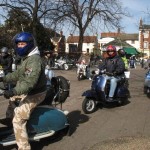 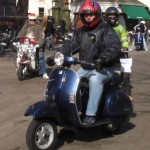 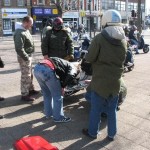 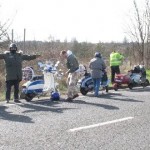 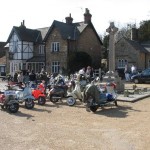 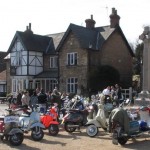 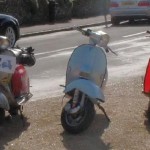 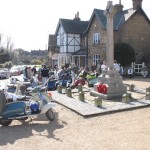 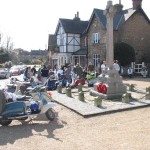 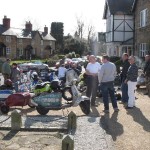 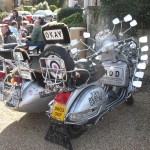 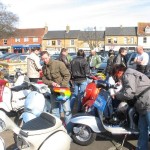 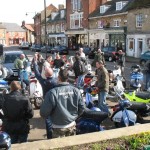